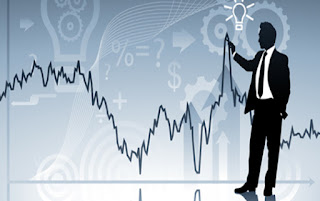 Many people have an opinion about a stock. From your neighbor, to finance bloggers, to entertainers like Jim Cramer, to professional analysts working for large financial firms. "Official" earning expectations are quoted in earning as "Wall Street consensus" and allows companies to 'beat expectations.' I never understood the big deal about missing or beating expectations. Missing your own goals as a company is bad, but who cares what all the analysts say ? As a dividend investor I look for the best signal about a business -- not if they had more earnings per share than the bean counters expected, but if the company pays and raises their dividend when I expect it (based on their track record).

I doubt anyone blindly follows analysts' recommendations, but the prominence of buy/hold ratings on online finance sites makes it hard to ignore. If you look more closely at the ratings, you'll see why I believe they can be ignored.
First, many ratings were given months or years ago, before some economic events or company news. Next, for every analyst that recommends a buy, there's usually one that recommends a sell. We can look at analysts that are generally more right than wrong, but at the end of the day, no one is right all the time.

The other thing to keep in mind is that people have different investment goals. Before I started focusing on dividend income, I was in the market for capital gains. And that's what most ratings are based on -- where the stock price will be a year from now. But guess what, I'd be perfectly happy with a stock that has the same price as it did a year ago, but that paid me a nice dividend each quarter. This is often ignored, as people only look at stock price and pretty graphs. If your goal is not the same as the analyst, their opinion is not very useful.

I treat stock news like all other information streams -- just another bit of data that has to be weighed, and acted on appropriately. So if a stock is hot, and everyone is telling me to buy it, sure I'll look at the stock, run it through my screener, and if it checks out, put it on my watch list. I'm not too impulsive when it comes to buying, but if the numbers look good, and it's time for my monthly purchase, then it's certainly going to be considered. If everyone says BUY, but the company cuts their dividend, then I'm not interested. If the numbers do not look good, then no matter what the world says, I won't invest. I'm not smarter than the rest of the world, far from it, I just feel I have my own goals and criteria, and not everyone shares those.